Well, they're for more than just watching The Land Before Time a million times 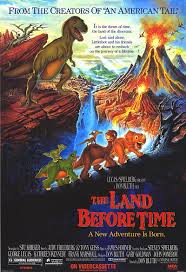 you should watch The Land Before Time a million times

VCR is also an amazing Ruby gem that records your test suite's HTTP interactions and replays them during future test runs.

Testing features that rely on external web requests, such as API calls, can be time consuming and expensive. Not only do such calls slow down the test run time, they have use up API calls, causing you to hit your rate limit much faster. This has the potential to, at best, force you to pause in your testing and resume later and, at worst, break a feature of your app temporarily.

So, how can we test our app's ability to, let's say, authorize a user with Twitter and preform actions like retrieve a user's friends or most recent tweets?

There are a number of ways in which we can "stub" or replace external web requests in our test suite. To learn more about them, you can read this awesome ThoughtBot article. Here, we'll be focusing specifically on using VCR to solve this problem.

How does VCR Work?

1 . Add the VCR gem and the WebMock gem to your Gemfile and bundle install

4 . Write your tests using VCR. For the purposes of this example, we'll be testing our TwitterApi class. The TwitterApi class initializes to configure the client, using the Twitter gem. Here, we'll take a look at a test for the find_user_for method, which should take in an argument of a username and return the appropriate Twitter User object:

Let's take a closer look at at the it block which utilizes VCR:

And we're done! You're ready to stub out web requests in your test suites with ease.