JWT Auth in Rails, From Scratch

Authentication in a Rails API

Authentication when working with CORS always presents an interesting challenge. In a normal (i.e. non-API) Rails app, we "log in" a user by storing their unique user ID in the session store. This means that authentication information is stored on the server side, in the session hash. In other words, our server becomes stateful, keeping track of whether or not a user is "logged in", and who that user is.

This token-based authentication system is described in an earlier post, if you want to learn more.

One downside of this approach, however, is that it necessitates generating a unique token for every user created, persisting that token in the database, and querying the database using that token every time we want to authenticate a user.

Wouldn't it be great if we could authenticate the user in a stateless manner, without storing tokens in the database? Wouldn't it be even greater if we could do that via requests that are compact and self-contained?

What is JWT Authentication?

JSON Web Token (JWT) Authentication is a compact, URL-safe means of representing claims to be transferred between two parties. The claims in a JWT are encoded as a JSON object that is used as the payload of a JSON Web Signature (JWS) structure or as the plaintext of a JSON Web Encryption (JWE) structure, enabling the claims to be digitally signed or integrity protected with a Message Authentication Code (MAC) and/or encrypted.*

Let's take a closer look at how that cycle might work, using the example of an Ember app + Rails API.

So, what's so great about this system?

Well, for one thing, we are not storing a unique user token in our database. Instead, we are encrypting the user's unique identifying info in our token, and decrypting it on the Rails side when we need to identify the "current user". Secondly, our server is not responsible for keeping track of the current user, as is the case when we use Rails' session object.

If you're not yet convinced of how great this is, check out the jwt.io documentation. It offers some very clear and concise info.

JWT Encryption: How Does it Work?

Let's take a look at an example, using the JWT Ruby library to encode our very own token!

We can encrypt our token in the following way:

And it will return our three part JWT:

As we've seen here, it's not too complicated to implement JWT in Ruby. So, let's get started on implementing it in Rails. 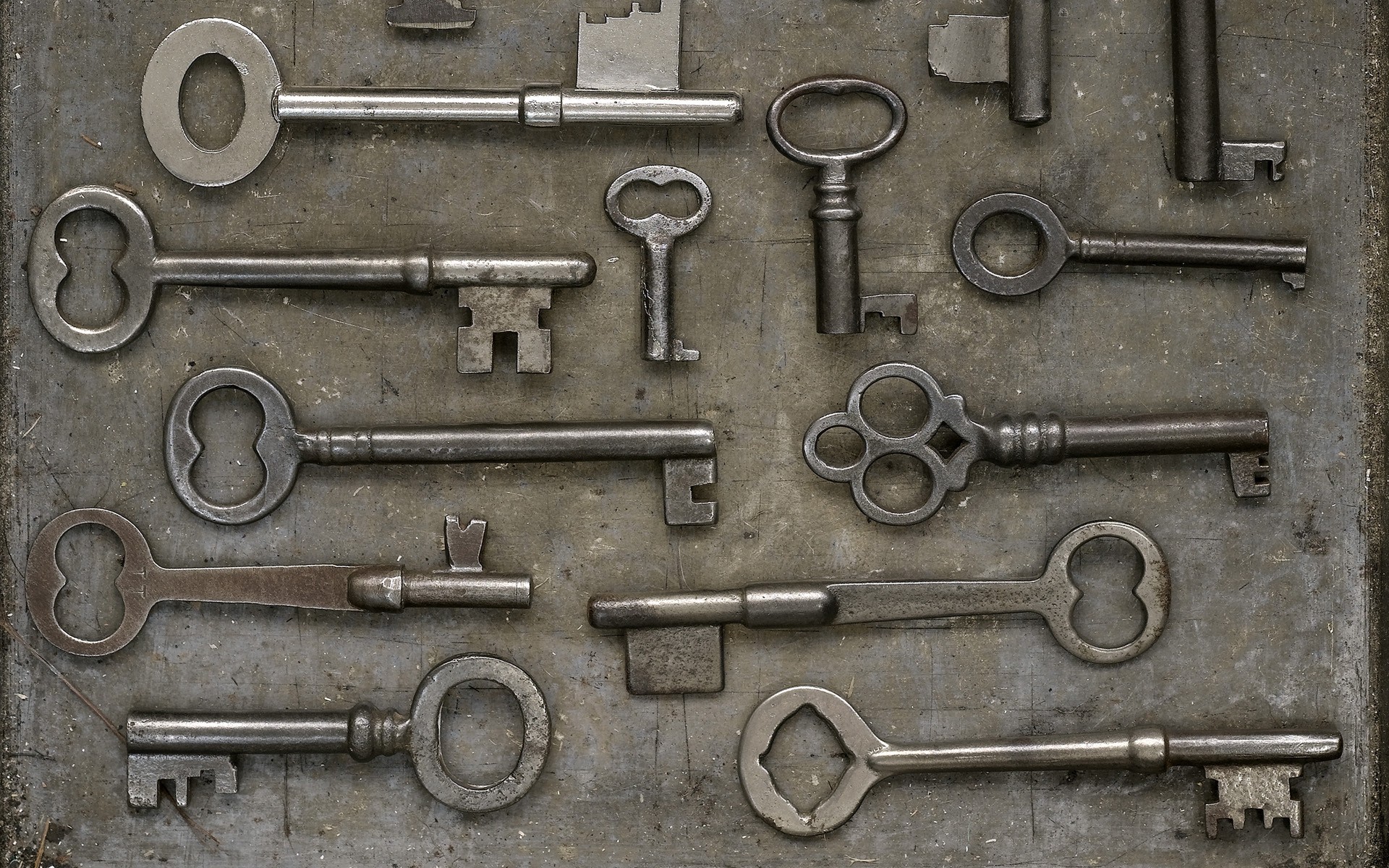 This post assumes that you have a Rails 5 API app up and running, and that the app has a User model. We're using the bcrypt gem to hash and store user passwords, so your User model should include the has_secure_password method.

Since we'll need to regularly encode and decode JWTs, it makes sense to write a plain old Ruby class (PORO), that will wrap up some of that functionality.

We'll put this class, which we'll call Auth, inside our lib/ directory.

We'll start with our .issue method.

This method will simply wrap the JWT.encode method that the jwt gem makes available to us. This method takes in three arguments:

How, though, will we generate a super secret key?

Okay, now we're ready to finish up that Auth.issue method.

Note: You can also generate a secret in Rails by running rake secret in the command line in the directory of your app.

Our Auth.decode method will simply wrap the JWT.decode method that the jwt gem makes available to us. This method takes in three arguments:

Okay, now we're ready to use our Auth library in our controllers.

Authorizing a User in the Sessions Controller

First, we'll need to define a route that maps to Sessions#create

This is the route to which our client-side application needs to POST the user's email and password, when the user fills out the log in form.

Let's build out the create action of our Sessions Controller.

Here, we use the data in the auth_params to authorize our user via bcrypt. If the user can be authenticated, we generating our JWT, using the Auth library we just defined. Here's the line where the magic happens:

Note that we are encrypting the user's ID, not an email and password. This is because the user's ID is a unique identifier without being sensitive information (like a password).

Note: my auth_params are grabbing data that is nested under the auth key. This is because my client-side application, an Ember app, is structuring data in the authorization request in that manner. You may structure the data in your requests differently, and therefore need to define slightly different strong params.

Then, we are sending the JWT back to the client-side app, as JSON, where it will be stored in localStorage.

Okay, so, if our client-side app is set up properly, all subsequent requests to our API will include the following header:

So, our current_user method, which we'll define in the Application Controller, will need to decode the JWT. Let's do it.

Some of this code should look pretty familiar: the current_user method is in charge of retrieving the current user, the logged_in? method returns true or false, depending on the presence of a current user, and the authenticate method acts as a gatekeeper, returning an error to the client-side application if there is no logged in user.

Let's dive in to our current_user method. 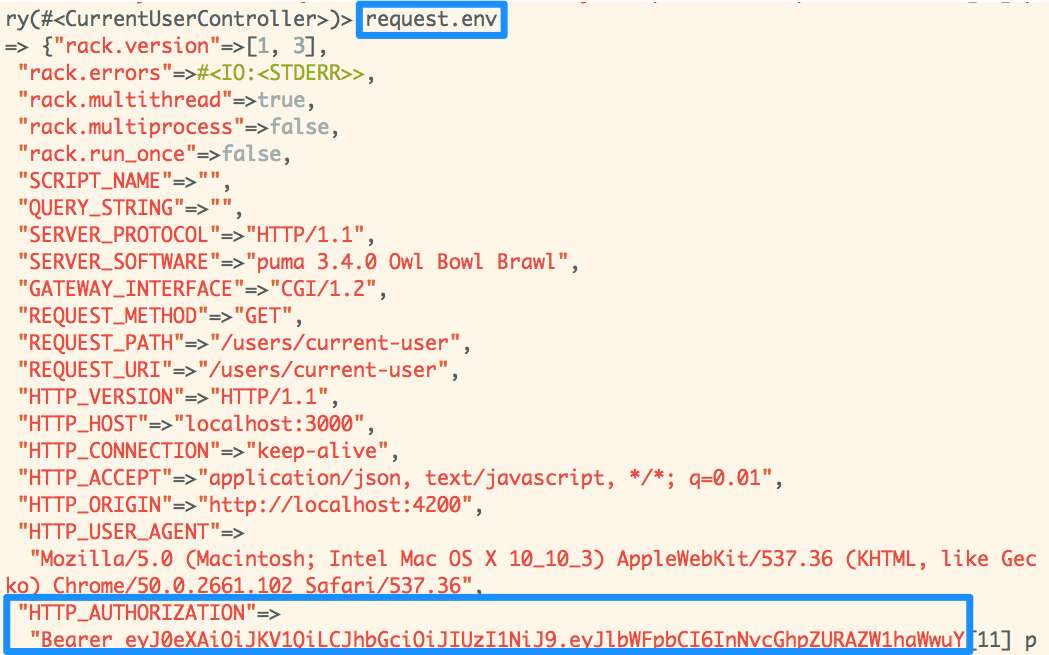 to find and authorize the current user.